Blue Star Limited has announced the induction of two new members on its Board, Rajiv R Lulla and Dinesh Vaswani. Both are being appointed in the capacity of Non-Executive Promoter Directors and will further strengthen the Board with their vast and diverse experience across the globe. 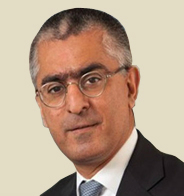 Rajiv R Lulla is a Senior Advisor at Voltaire Capital (UK) and the Founder of Voltaire Capital (India), which a technology enabled trading firm operating in the UK, US & recently in India. He holds a Bachelors Degree in Mechanical Engineering with Electronics and an MBA from Kings College & Imperial College, London. Rajiv has nearly 25 years of experience primarily as an investment banker engaged in advisory and corporate finance. He has held a variety of senior leadership roles at Merrill Lynch, the Credit Agricole Group, and Deutsche Bank. 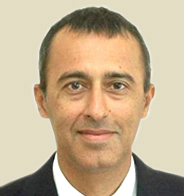 Dinesh Vaswani is the Founder and Managing Director of Acuitas Capital Advisors and has over three decades of experience in both investing in and operating companies in India and the U.S. He holds an MBA from the Wharton School of Business and a BBA cum laude from the University of Texas at Austin He was a Managing Director at Temasek Holdings, established Bessemer Venture Partners’ operations in India, and CEO of Blue Star Infotech USA. He has served on a number of boards of public and private companies including Firstsource (then an ICICI group company), Mindtree, Venture Infotech and Borosil.

Back to Press Releases